Danville encapsulates the charm of a historic Pennsylvania rivertown and the natural splendor of the central Susquehanna River Valley. The Danville Business Alliance seeks to preserve and enhance both.

The DBA commissioned Penn State University to create a landscape architecture master plan to guide Danville’s leaders in the creation and revitalization of public spaces including parks, building facades and murals in the central business district and along the riverfront. The region’s leaders endorsed the final report because it incorporates both community priorities and best practices from other municipalities. For the DBA, the ten-year plan serves as a foundation for our strategic direction.

In recent years, many of the DBA’s major accomplishments began as ideas that trace their inception to the master plan. Streetscaping, crosswalk makeovers, allyway lighting, a tree-planting study, facade grants, four large-scale murals, improved signage, and the new parks are all examples of the master plan coming to life to beautify and improve Danville. 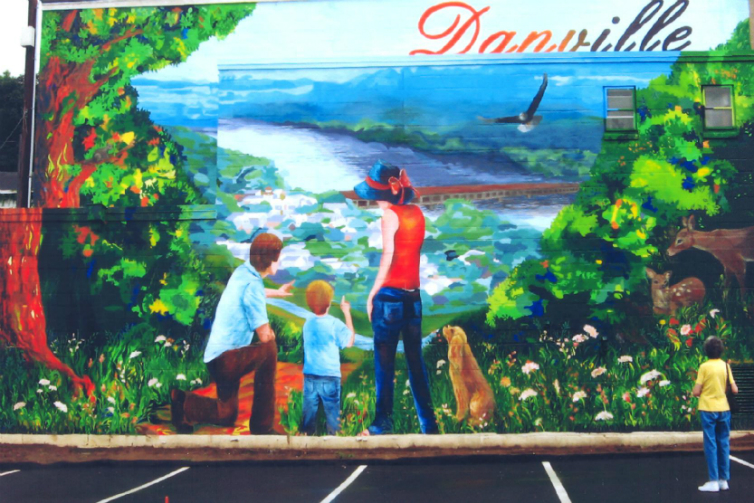 Public art enriches our community and honors our history. The DBA has spearheaded the installation of four large-scale murals that were created by renowned artists, with assistance from community volunteers and the generous support of area businesses. 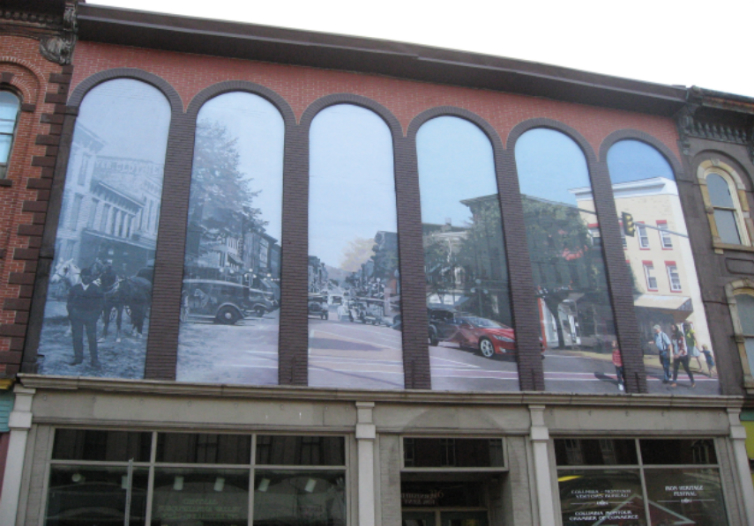 The mural projects were chosen because Danville has a growing community of artists and is in the process of creating a downtown arts district. The murals highlight our eclectic commercial architecture by turning them into canvases that establish downtown Danville as a destination. Serving as focal points scattered throughout the Mill Street corridor, we have found that they help attract residents, shoppers and businesses who appreciate the colorful atmosphere they create. 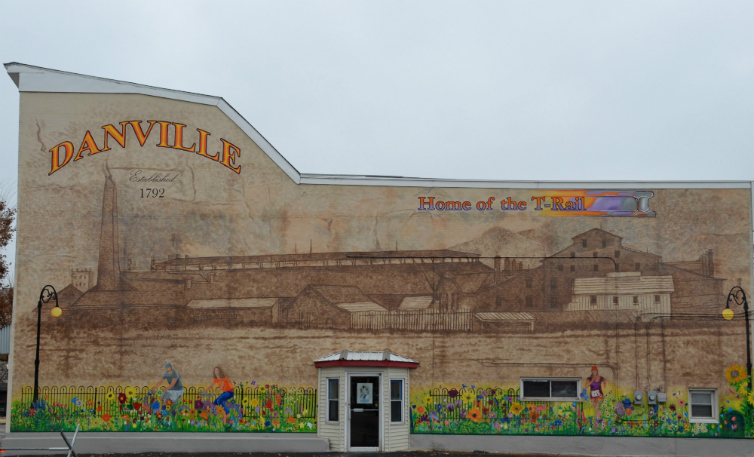 Danville’s first two murals can be found at each end of the central business district – along Front Street and at the corner of Mill Street and Route 11. Another was erected on the second floor of 316 Mill Street, and a fourth was placed in the Atrium Café at Geisinger Medical Center. 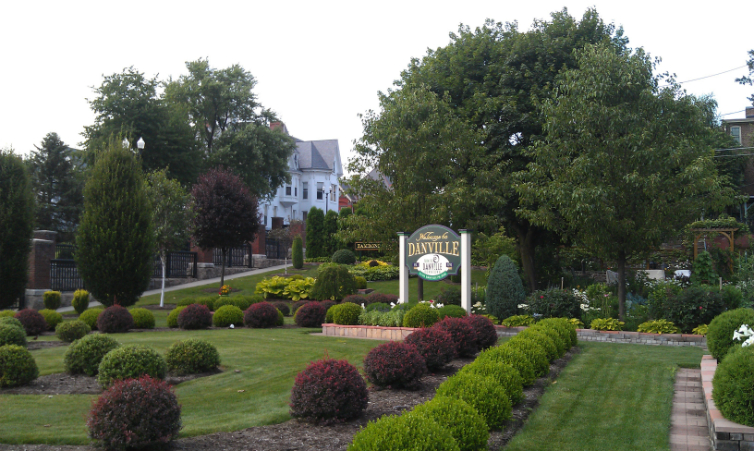 Mixing greenspaces with development boosts the beauty and utility of both. Our downtown business district seamlessly incorporates parks and nature for a more enjoyable experience. Guided by the Master Plan, all of our parks have recently undergone improvements or are slated for upgrades to signage, restroom facilities, lighting, and other amenities that will increase their aesthetics and convenience.

Danville’s park system is linked by marked trails. A kiosk in the mural parking lot at the corner of West Front Street and Mill Streets provides information about:

Another exciting bicycle and walking trail project underway will link Danville to neighboring communities. The first segment of the North Branch Canal Trail, an eventual 12-mile trail along the historic canalway, will connect Danville with Bloomsburg.

The Columbia Montour Visitors Bureau maintains a comprehensive guide to all the trails in the areas and the Montour Area Recreation Commission has information about parks and trails in Danville.

This park on Bloom Road was created to honor Danville residents who served in the military. During the summer, residents gather at Memorial Park with lawn chairs and blankets to enjoy the DBA’s Summer Concert Series.

This small greenspace in the center of the downtown business district is a park-in-waiting. The DBA is working with the borough and organizations to create a community park and gathering space.

Other parks in town include Riverfront Park and Zamboni Park and the DBA is spearheading the development of new greenspaces and landscaped parks to enhance our business district.